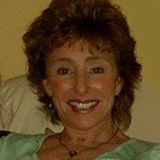 Bio: Debby (Lipman) McCormick was a world-class diver, earning 23 national and 10 international medals during her career. The Long Beach State grad coached at her alma mater and was also a coach with her husband Glenn’s diving team beginning in 1984. She took over operation of the club when Glenn died in 1995.

Why she is an influencer: McCormick and several other aquatic supporters in Long Beach led a loud fight to make sure that the Long Beach City Council would build a world-class facility to replace the just-demolished Belmont Plaza Olympic Pool. She twice rallied the supporting of the diving community, including Sammy Lee and Greg Louganis, to appear before the council to make sure that an Olympic regulation diving tower would be included in the facility.

Biggest challenge: After the council approved the indoor tower, it took a subsequent sidestep and wanted to make the tower part of the main pool, which would not meet regulation guidelines for major meets. McCormick reassembled her team of support to make sure the diving tower would be separate and maintain Long Beach’s legacy as one of the few indoor, Olympic-qualified diving facilities in California.

Inspiration: Her years of competing, in which she won her first national medal at the age of 14, sustained her love of the sport, as well as the dedication of her former coach and husband, Glenn, who is a member of the USA Swimming Hall of Fame.

What’s next: McCormick and several other aquatic supporters are continuing to press the council to change the agreed-upon blueprint for a new pool and include additional seating and expand the pool size to a Olympic regulation 50 meters by 25 meters.